We hit the HSR early to hop on a train to Taichung where we caught a cab for Lukang (aka Lugang).  My host’s cousin continued to act as our guide and he explained that Lukang is basically a town frozen in time.  It used to be a very busy port and it was the closest major port to China so it has quite a history including some lovely old buildings.  We started off in the historic district where vendors lined the streets to set up their shops for the day. 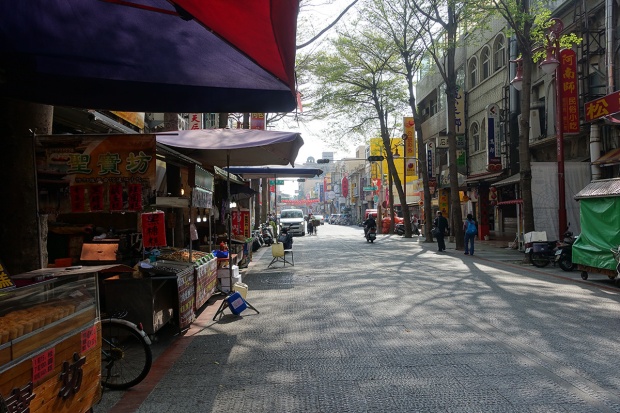 Thankfully, not many tourists were in town at that time even though the town is on the major tour bus route and the town remained fairly calm all day. 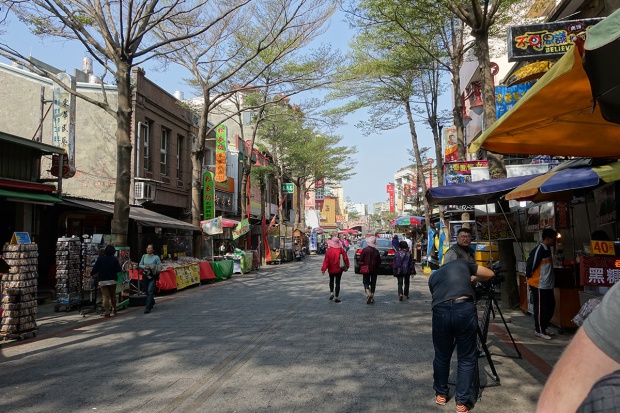 Here is a shot of some of the old buildings that line the street we used to enter the historic district and market. 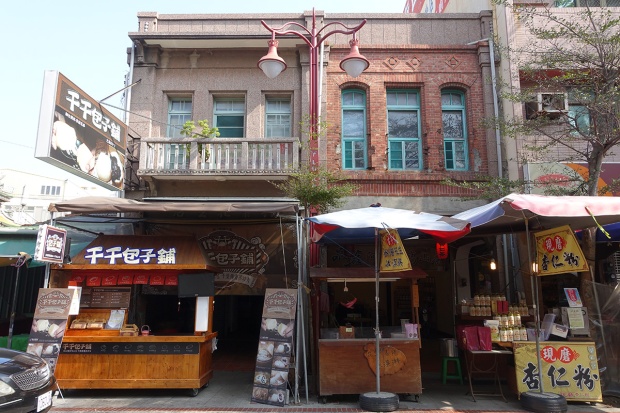 We followed our noses down a different street where all kinds of foods were for sale including fruits of all kinds.  It was my first time trying a Buddha fruit and it was quite nice despite the seeds– I’ll try to get a photo of one later. 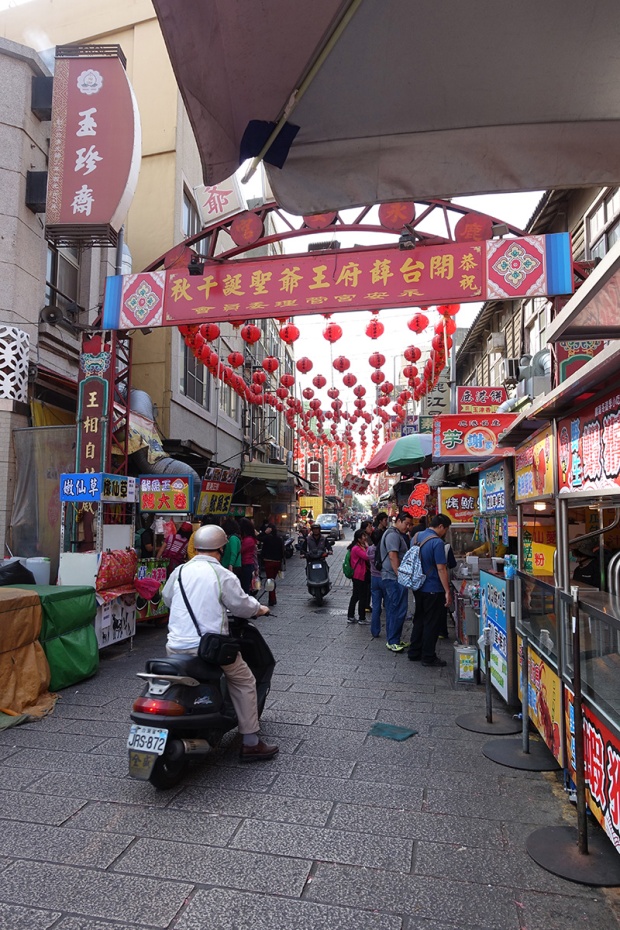 Note the scooter in the photo above.  As my host explained to me upon arrival, scooters and cars are just larger pedestrians in Taiwan so I shouldn’t be surprised to see them on sidewalks and pedestrian streets.  I’ve become quite adept at hearing and avoiding scooters careening down the sidewalks and alleys so I’m not roadkill yet (yay!).

Literally in the middle of all of this is the large Manzu Temple which we of course had to visit. 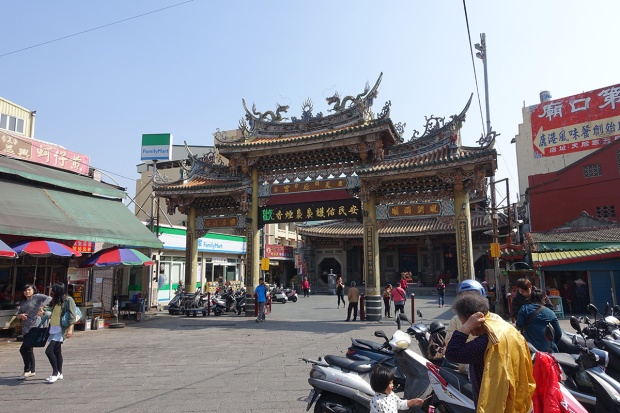 The neat thing about all of the temples we have seen is that they are all working temples and people visit every day to pray.  One thing that always fascinates me and makes me smile is the amount of colors used in these temples.  Unlike the historic churches I have visited in the US and UK, these temples are filled with colors and all sorts of carvings and designs. 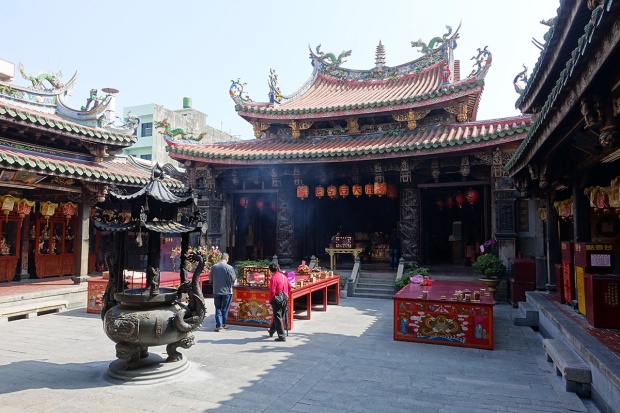 Even the ceilings are carved and painted. 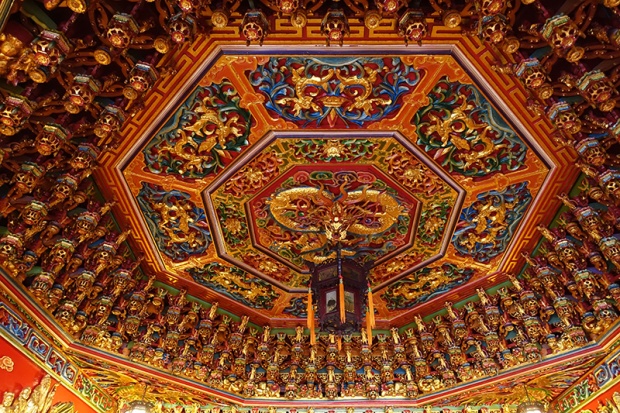 The open-air nature of the temples lends a different atmosphere than closed cathedral ceilings of western Christian churches and to some extent made the temples feel more inviting rather than imposing. 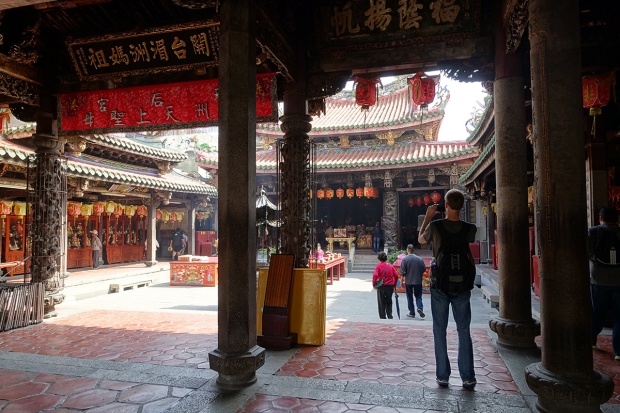 The carvings on the rooftops are vibrant and alive.  We all agreed that we need more things like dragons on our churches back home. 😉 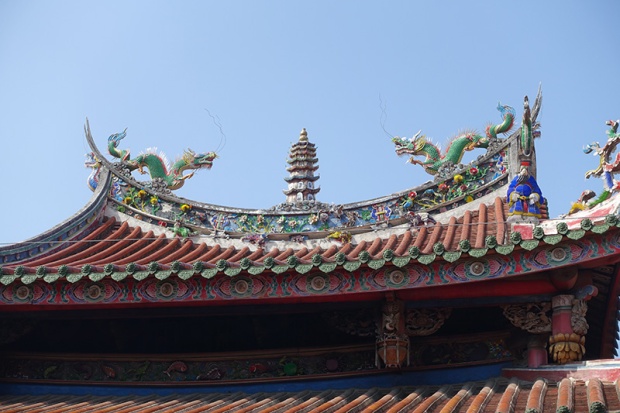 There are enormous urns near each alter where those who have prayed to the god(s) there can drop incense offerings. 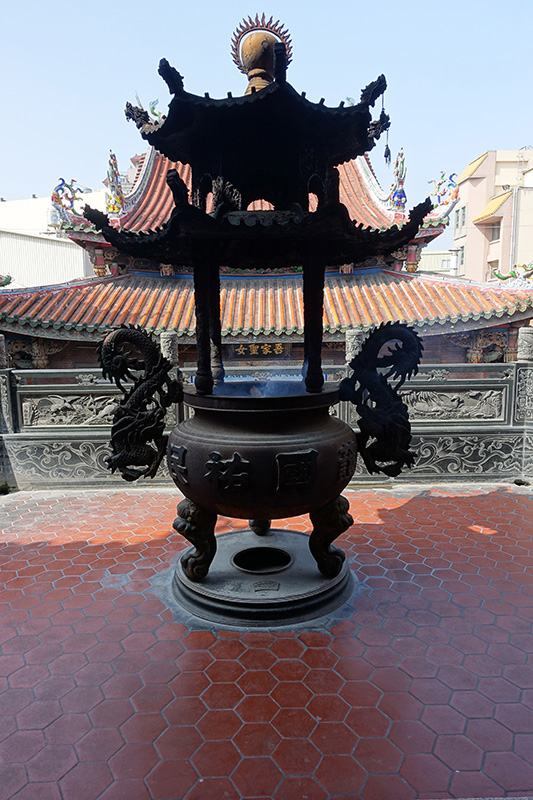 In the picture below, you’ll see a lion. Yes, I realize it doesn’t really look like one but as our guide explained, lions were sometimes given as tribute or gifts to the ruling emperors of China and they were known to be powerful and regal beasts.  Artists wanted to include them in their designs, however, most artists had never seen such creatures and only heard of them through word of mouth.  Thus, the lion depicted below is typical of the temples we have seen but only very loosely resembles the real thing. 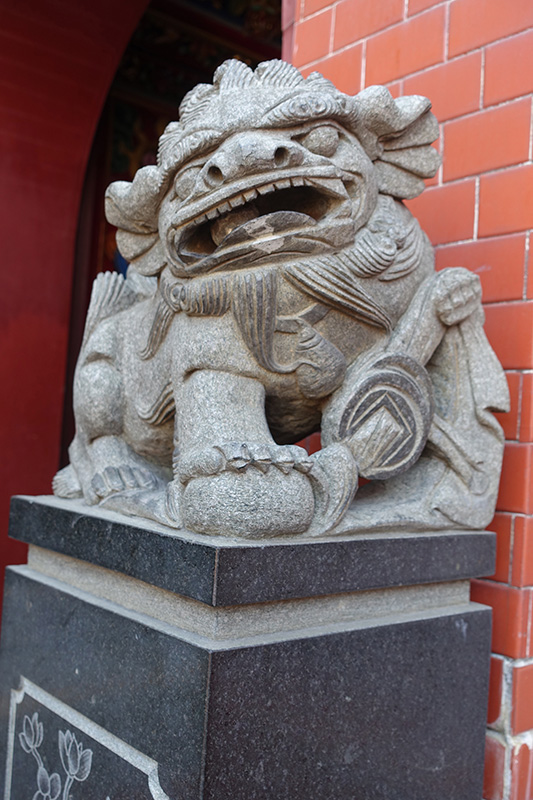 Also, it should be noted that one should NOT put her finger into the lion’s mouth.  I saw that this lion had a stone ball inside its mouth and pointed to it to ask our guide about it.  Apparently, putting one’s finger inside the lion’s mouth will bring very bad luck, though it was probably a way for parents to keep unruly children from playing with the statuary.  In any case, I won’t be doing that again. 😉

Regarding temples, they are everywhere!  They pop up in larger form like the one we visited above as well as small versions down narrow streets. 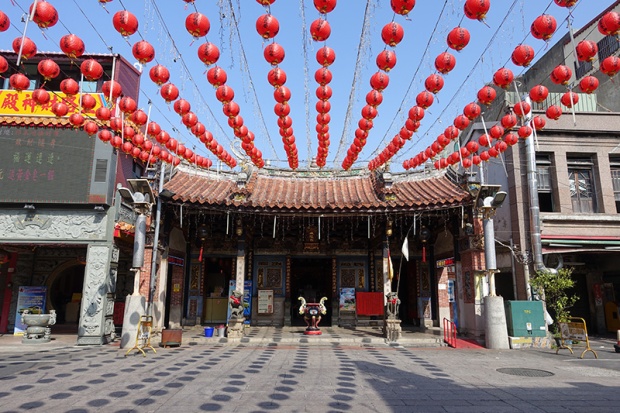 We headed back to central Lukang to rest awhile at a café and stop at Yu Chen Chai, a famous bakery in the area popular with Chinese tourists.  The bakery is seen on the ground floor of the building in the photo below, which shows the western-style architecture we found peppered about the city. 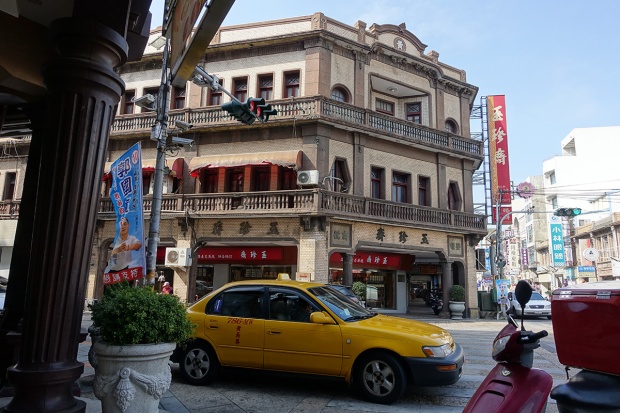 More of our trip to Lukang in the next post.